Money Behavior Is More Than Just Save Or Spend

"Surprise. You have the same spending beliefs as you did in middle school.”

Saving and spending are "foundational" money behaviors. There's not much more you can do with money—can't eat it, dance with it, or teach it to throw a curve ball. Spend and save, that's about it.

Research shows that most of your money beliefs are hard-wired into your unconscious by mid-adolescence. Think about this. How you feel about money today is much like you did in middle school. Scary.

So, yes. You can blame mom and dad for your money beliefs. But it was your peer group that had the most significant influence on your relationship with money.

Yes, you wanted to be a "cool kid"

Be honest. You wanted to be one of the “cool kids” at school - and still do. If that meant designer sneakers, so be it. Discount store knockoffs were not an option. Oh, and when and where you grew up, your culture, also matters.

The money beliefs and behaviors you picked up as a kid are most likely still with you. And they influence your current spending behavior without you ever thinking about it.

If eating out, new cars and designer clothes were necessary then; there is a good chance they are also important today. And if being one of the cool kids drove you then, check your bank statement and calendar. I bet it still does.

I’m not judging. You’re human. And your spending reflects your very human nature.

Remember, your spending is 95% to 99% unconscious, automatic, and feeling brain behavior.

Spending is under your thinking brain radar. If you don’t believe me, check out your closet and garage.

Your money beliefs and spending behavior are complicated. A lot is going on behind the scenes in your brain. I explain all this in a book I co-authored with FUBU co-founder J. Alexander Martin titled, “Money Makes Me Crazy, How I Squandered Millions Building the FUBU Empire.” In the book, we talk and explain J’s money behavior and provide a strategy anyone can use to become a better spender.

How you feel and think about money is a complex mix of your biology, beliefs, and culture. Your automatic emotional feeling brain keeps you safe and alive. Your slow analytical thinking brain does the rest - by exception.

Consequential spending – new car, house, retirement, expensive vacation, and so forth – requires you to stop, ignore your feeling brain, and engage your thinking brain. It's hard but not impossible. Often it's as simple as making a list.

But, sticking to your list, that’s the hard part.

And now you know why you ended up with the navigation package in your new (should have been used) car. Even though your phone does a better job and you never use GPS because of where you live. 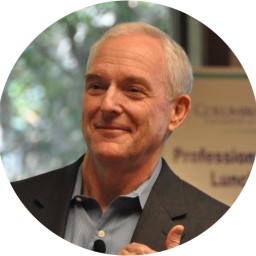 Thriving after COVID-19: Getting Money Right – For You

Claim Your FREE  Introduction to DISCOVER YOUR MONEY TEMPERAMENT e-Course

Please log in again. The login page will open in a new tab. After logging in you can close it and return to this page.